Launch a headless organization, that is:

If you are interested in participating and receiving logins to start contributing, please drop a note below.   And, if the question comes up, “who is running Public Media Now?”, the answer is either “we are” or “everyone is”.  At least that is the hope if anyone jumps on board.

Thanks for visiting Public Media Now!

Noe: This concept was inspired by https://en.wikipedia.org/wiki/Alcoholics_Anonymous 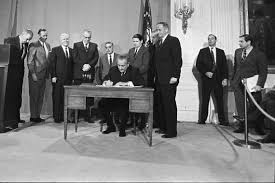 The act charged CPB with encouraging and facilitating program diversity and expanding and developing non-commercial broadcasting. The funds from CPB would be used to help local stations create innovative programs, thereby increasing the service of broadcasting in the public interest throughout the country